Ensure your admitted students feel connected in today's environment where chaos is the only constant. 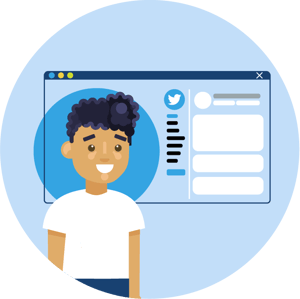 In the final few days of March 2020, Hailey Owens faced a situation thousands of admitted college students could empathize with: her visit to Purdue University was cancelled. But for Hailey, this story had a happy ending. Her tweet, detailing the steps her family took to recreate a Purdue tour at home, went viral. Hailey only has 80 followers on Twitter, and she didn’t tag Purdue or use a branded hashtag in her tweet. And yet her tweet received 24 retweets and nearly 1,000 likes. She also received a tsunami of responses, including from Purdue’s official Twitter account, Purdue Nursing, and many Purdue alumni, administrators, parents, and students, all of whom sent encouraging, supportive messages commending Hailey’s family for their creativity and letting Hailey know they couldn’t wait to meet her in the fall.

The collective response to Hailey’s tweet is a powerful reminder of the value of a community. Unfortunately, these moments aren’t happening frequently enough. For every tweet like Hailey’s, there are dozens of unanswered tweets and Reddit posts from similarly concerned, anxious students and their parents. An admitted student in Connecticut tweeted to a YouTube influencer asking for financial assistance so she could attend her “dream school.” She only mentioned the school by their nickname. A parent posted to the New Orleans tourism subreddit and asked if her daughter’s preferred campus was safe; they planned to visit shortly after Mardi Gras before those plans were derailed. An admitted student asked for help in the CSCareerQuestions subreddit; he was deciding between three offers and hadn’t visited any of the campuses. 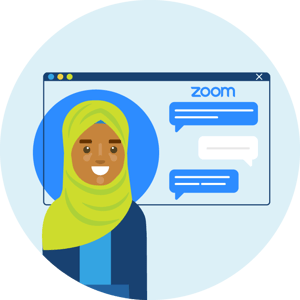 Yield and melt seasons are often unpredictable and schools are often quick to pivot, they can be less responsive to the questions students and their parents ask beyond those controlled digital environments. That’s not from a lack of care; across the country, admissions professionals are attempting the impossible as they do their best to respond to emails and phone calls while simultaneously juggle everything else in their world.

We understand your challenges because we deal with them too. And more importantly, we want to help, and we know we can. If you need help finding mentions of your campus from admitted students and their parents, our Engagement Opportunity Alert service can help. In our ever-changing admissions environment, it's important to ensure that your admitted students feel like Hailey feels about Purdue.